Tips for Managing Your Boss 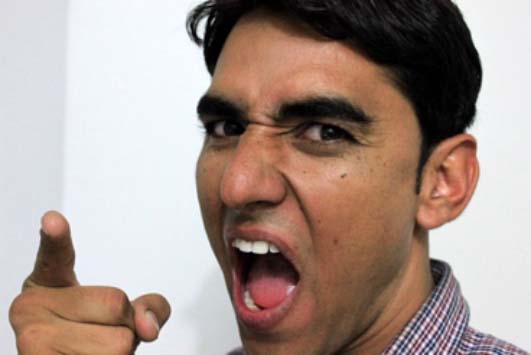 I do a lot of training and development for bosses — new bosses, old bosses, happy bosses, ticked-off bosses, bosses who listen and want to get better at their jobs, and … the rest of them. This latter portion is what we’ll call (with a nod to the TV show Lost) “the others.” The others give their team members a lot of headaches. I often get questions from their team members about conflict management, role models, innovation and leadership in general. In short, if the boss isn’t getting it, isn’t everything just a lost cause? I say no, and I’ll offer these examples and suggestions to help you see how difficult boss problems can improve.

Question: We have a problem with a member of our team who is a bully. There’s just no other way to describe him. He has repeatedly embarrassed, frightened and berated many of his coworkers, often to the point of tears. We need our boss’s help, but he doesn’t want to do anything about it. Is he just afraid of conflict? Before we all give up and just decide to live with it, what else could we do?

Answer:
Remember that managers and supervisors usually react better when they’re brought a solution and not a problem. Consider having an honest conversation with your boss about how staff morale can be improved and what results he might see if it does. If morale improves, how might service to the public get better? What new ideas might result? Which collaborations might be introduced? If staff felt safe to work together and were confident that management would support them, what successes might they — and your patrons — experience?

Once you’ve laid the groundwork as to what great things might happen, offer suggestions for steps your boss and the team could take to get all of this positive change started. This is the point at which you can mention that bullying behaviors should not be tolerated.

Managers are expected to stand up for their staff members — all of them — so don’t be too personal or unfair in reporting the bullying. Carefully make your case with irrefutable, honest and straight-forward examples and end with a simple summary of steps to take to improve the situation. What you’re doing here is helping your boss figure out how to make things better, not just tearing someone down. Be clear about what it would take to solve the problem; sometimes, managers just don’t know.

Question: Our boss is a slob. There’s no nicer way to describe it. Staff members have quit sending emails or submitting reports because they’re not only ignored, they’re lost! There’s no way to point out, nicely, that some organization is needed, is there?

Answer:
If you’ve ever heard or read my advice before, you’ll remember that it usually begins with “having an honest conversation.” But, be prepared with some really good advice of your own as well. I suggest approaching the most organized person on your team for some tips and then asking your boss for permission to offer an early morning or brown-bag lunch workshop on organized efficiency. You may honestly say that he or she (and maybe you) could be a lot more productive with some time management and organization training, and it would be great to recognize another staff member for his or her productivity knowledge and skills.

You can appeal to your boss’s sense of leadership by saying there are lots of team members who could benefit from a workshop on organization, and this training would be much better received if coworkers saw that there was room for learning and improvement, even at the top.

Again, you’re offering a solution without being impertinent or critical, and you’re demonstrating at the same time how the whole team can benefit.

Question: Our staff is constantly trained to provide respectful, professional service. We have communication classes all the time. And yet, every time the boss doesn’t like something, he screams at everyone — and even swears! His language is critical and demeaning, and he lets his emotions get the better of him, which is exactly what we’re training staff not to do! Is there a subtle way to suggest that a little communication training might help him be a better role model?

Answer:
This is going to be hard to hear, but this situation calls for assertiveness, not subtlety. No one, no matter his or her position on a team, should be expected to accept verbal abuse. Ever. I would suggest to everyone that, should they be treated so disrespectfully — by a patron or coworker or even boss — that they should speak up.

What might be helpful is a staff in-service on bullying, communication and expected behavior, including a clear definition of what behaviors qualify as crossing the line into abuse. If you are in a position to plan something like this, that’s great. But, what if your library is too small to host such a workshop? Perhaps you could speak to your director or HR person about joining together with other nearby libraries to co-host this type of training. It’s a good bet your library isn’t the only one that could benefit from it. I would suggest you attempt to make sure that all the bosses will attend as well. Who knows, maybe they will see themselves in the examples and truly commit to making a change.

I once worked with someone who had just been berated by the director, which consisted of a vicious tongue-lashing and door slamming. She came to me and asked what she should do (I’d heard it all). I answered that, quite honestly, that behavior removed all specters of professional hierarchy and crossed into the arena of one human being abusing another. I asked if she was okay with being treated that way. She said no. Then go tell him that, I told her. Be respectful, be honest, but set limits. We are all human beings, and we deserve to be treated as such.

Remember though, if you find yourself in this position repeatedly, at some point you may have to simply quit and find another place to work. Instituting staff training and taking a direct approach to behavior that offends you may or may not result in that person changing his or her behavior. If it doesn’t, then draw your own line in the sand, for your own sanity, and stick to it.

Post your comments, reactions, questions and experiences below. Let’s learn from one another!

What else would you like to know? If you have nagging questions that you have always wanted another opinion on, now is your chance to ask. Write your questions in the comments below or send by email your confidential questions to me. I look forward to hearing from you!